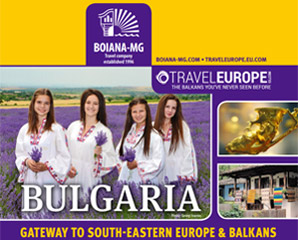 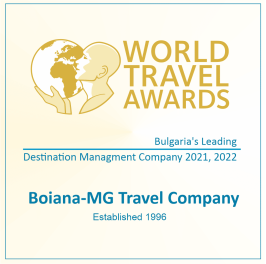 My Clients Barb and Ralph have just gotten back from their holiday and popped into the office to let me know how it went. They could not talk highly enough of Viktoria their guide and said this was the best part of their trip which included an all-inclusive river cruise and tour after this tour. I told them I would pass on their compliments as they said Viktoria was truly amazing. So knowledgeable and just a very lovely and helpful person. Thank you for your assistance in making this holiday easy for us to book and enjoyable for the clients. Thanks again Vicky! Jen

Thanks so much for all of your assistance

Hey Vicky, Hope you are doing well! I just wanted to let you know the pax met up with their agent and they advised; Just to update you the clients said this trip was exceptional and that the guide was brilliant, it was the highlight of their trip. Thanks so much for all of your assistance with our clients, Vicky! Hopefully we can do more business again in 2023! Jen

The older generation probably keeps the memory of the most prestigious summer music festival in Bulgaria, which opened the way to the success and fame of many Bulgarian pop stars. This festival bore the ‘Golden Orpheus’ label and was held in Sunny Beach.

Perhaps the sea friends also remember the ‘Frigate’ – this iconic ship-restaurant, moored directly on the dunes, again in Sunny Beach. Now, these symbols of our sea tourism from the time of socialism have a long history. Although traces of that time still exist – in the very heart of the resort is ‘Kuban’, the first luxury hotel here, opened in 1970, with the first on our coast night bar with a variety show.

Sunny Beach is the largest seaside resort in Bulgaria. It is located on the shores of a crescent-shaped bay, stretching north to Sveti Vlas and south to the ancient town of Nessebar. It was founded back in 1958 at the place of a sandy desert with dunes, turned over the years into beautiful beaches. A year later, the first hotel appeared – Kalina, some of the existing hotels such as Hrizantema and Jeravi, followed. The first local restaurant ‘Neptune’ has also appeared.

As a consequence of political changes in Bulgaria and the boom of privatization on the Bulgarian Black Sea coast, today Sunny Beach has nearly 300,000 beds in completely renovated or brand new hotels with 3, 4, and 5 stars, with apartment complexes and infrastructure typical of a coastal city.

The former natural charm of the vacation settlement with its numerous dunes, decorative trees, and shrubs, not to miss the fragrant roses, is long gone.

However, despite the construction, the new time opens new opportunities for active and complete recreation, especially for young people who prefer to rest here.

Sunny Beach owes its name to the enormous number of hours of sunshine, 1700, in an almost six-month period – from May to October. This is a prerequisite for extending the tourist season – an important circumstance in the short coastline of the country compared to that of its neighbours Turkey and Greece.

The beach is several kilometres long, the seabed is sandy, sloping, and shallow inland, which is convenient for tourists with minimal swimming abilities. In the northern part descend the slopes of Stara Planina, which refresh the air and successfully combine the mountain landscape with the sea and sandy beaches. Nessebar and its old town, declared as a part of the cultural heritage of UNESCO, is situated in the south. The place preserves nearly 40 churches from different epochs.

Thousands of foreign tourists are attracted by the romantic taste of a walk through the narrow ancient streets, among the picturesque houses in the Old town of Nessebar.

Over 17 billion euros were invested in the hotels’ base and infrastructure renovation in the last 20 years.

There are nearly 660 hotels that meet all modern requirements. Most have indoor and outdoor pools, spa centres, restaurants with various boards – from bed and breakfast to the popular all-inclusive, children’s playgrounds, and other entertainment services for tourists. Some have already added mini water parks. The resort has a network of many restaurants, bars, clubs, and shops. Many extra services are available: a bus station, a police station, bank branches, insurance companies and real estate agencies, and a polyclinic. Viva Clinic medical centre opened ten years ago, is also available to the guests of the resort.

Sunny Beach is a resort where over the years they spend their holidays mostly tourists of different nationalities, arriving on charter flights. The resort is only about 27 kilometres from Sarafovo International Airport. There are convenient transport links with the regional centre of Burgas and the entire Southern Black Sea coast, and from Varna airport is an hour and a half by car.

Water sports are one of the most preferred opportunities for active recreation here.

The beach offers a variety of services: water skiing, parasailing, banana, surfing, boating. The Action Aquapark attraction is the first facility of this type on the Bulgarian Black Sea coast. For your good physical shape, you have such a long to-do list: tennis courts, basketball and volleyball playgrounds, mini-golf, bowling, bungee, etc. Sunny Beach is the starting point for tours around the sights of interest nearby. It has a wide range of activities that tourists can include in their to-do lists during vacation time in the region.

Because of its location, there are so many places of interest near Sunny Beach you have to choose of:

In this aspect, Sunny Beach has almost no rival. Discos, nightclubs and clubs, casinos are an integral part of the business card of the resort. And this is one of the reasons why many young people, especially from Western Europe and Scandinavia, are turning to it. Тhere is no world-famous DJ who missed to make a party here in the summer.

That is why Sunny Beach is compared to the most popular entertainment centres worldwide, including Las Vegas. It is no coincidence that it is also called Ibiza in the Balkans.

What else do you need to know about Sunny Beach?

Sunny Beach is open not only for guests from abroad but also for Bulgarians, who still, despite the advertising of neighbouring countries, love to relax on the sea and are welcome.

On this website, Boiana-MG travel company offers a variety of accommodation options in Sunny Beach. Our team is always available for consultations and bookings.