* for some languages a supplement may be applied

A story of traditions – history, nature and… bread

Escape the everyday life with this authentic experience in Bulgaria. Ideal solution to get to know the foundations of a country by seeing its past and present coexisting and surrounded by Mother Nature. Make long term friendships while enjoying the beauty and energy of the jewel in the heart of the Balkans – Bulgaria.

Today starts our journey through Bulgaria – short but full of experience. Upon your arrival in Sofia, you will be greeted by your guide for the next days and transferred to the hotel to check-in.

After you have relaxed and unpacked your luggage, you will enjoy a walking tour around the 8000-year-old Sofia, a city with a long history ruled by emperors, khans and tsars. Each of the civilizations that inhabited it had left its mark and you will become a witness of the colourful and rich history of the Bulgarian Capital.

We will start with a visit to the archaeological complex Ancient Serdica (Serdica was one of the old names of the city) and continue through the quadrangle of tolerance where four temples of the main religions are gathered on a small territory – an Eastern Orthodox, and a Catholic church, a Synagogue and a Mosque. We will pass through the triangle of power with the Presidency, the Council of Ministers and the National Assembly. We will get to Independence Square where the King Liberator and The Unknown Soldier monuments are located. Then we will continue along the famous yellow cobblestone street and get to St. Sofia Basilica – standing there until the 6th Century and finally we will reach the St. Alexander Nevsky Cathedral, which is the biggest Orthodox temple in Bulgaria.

Free time for a walk on Vitoshka Boulevard – the central pedestrian street of the city, filled with attractive cafes and restaurants.

Enjoy a delicious welcome dinner in a traditional restaurant.

Overnight at the hotel.

After breakfast, we head north to enjoy a world-famous treasure of Bulgaria – visit the small town of Chiprovsti, where the Chiprovski carpets (part of UNESCO world heritage) are made. This is a long-time tradition of an impact the knowledge from mothers and grandmothers to daughters, often while working together on large carpets. The men typically engage in wool production, processing and dyeing. The finished carpets are renowned for their composition, ornamental motifs and colour.

Afterwards, we continue towards the town of Belogradchik. You will bear witness to an incredible natural phenomenon. The Belogradchik Rocks – as is known could ignite your imagination – the rock formation have their unique shapes and many of them are named and some a connected with stories and myths – The Horseman, The Madonna, The Monks, The Schoolgirl and many, many more are an inspiring creation of nature’s genius. This rock formation was nominated to be one of the present nature wonders of the world. Among the inaccessible hills stands the Belogradchik Fortress, built by the Romans in the I-II Century. It is one of the best-preserved defensive facilities from that period.

Accommodation, dinner and overnight in your hotel.

Today our route continues towards Vratsa – a region well-known for its magnificent nature, which was cherished and by the ancients, who have left us with great treasures, architecture and history. You will be able to see by yourself while exploring the town and its surroundings. We will start with a visit to the History Museum where the world-famous Rogozen Treasure is kept – with more than 150 silver and gilded with gold and silver vessels.

Afterwards, we can embark on an eco-trail on foot all the way to the ruins of a Roman Fortress that was later used by the Bulgarian Kingdom to guard the pathways towards the East. At the end of the trail, you will also see a remarkable nature phenomenon – a stone bridge known as The Bridges of God. It is an ideal place for a picnic lunch.

Then we continue to the unique Cherepish monastery (The Assumption of Mary) – is situated near one of the most picturesque meanders of the Iskar River, dated back to the 14th Century and it was an important literary, cultural and religious centre. Repeatedly demolished and rebuilt, in its present form, it has existed since the 17th century and fits perfectly into the natural beauty everywhere.

In the late afternoon, we arrive in Troyan.

We start the day by getting to know the town of Troyan, home to the cultural and historical site of the Troyan Monastery. The town is famous for its traditional pottery which was the main source of income for the local craftsmen during the Bulgarian Renaissance age. Visit the third largest monastery in Bulgaria – Troyan Monastery founded in the early 17 century. The history of the monastery is closely connected with the legend of the miraculous icon of the Holy Mother of God – Troeruchitsa.

The monastery has a magnificent wood-carved iconostasis and frescoes painted by one of the most famous Bulgarian church artists in the 19 century – Zachary Zograf. Also in the region is the production of premium quality plum brandy (rakia) that has become a part of the local culture.

Then we continue towards Veliko Tarnovo – the capital of the Second Bulgarian Kingdom. The city is located on 3 hills, preserving a very rich cultural and historical heritage. Today’s tour will include the historic Tsarevets hill with the fortress wall, the remains of the Royal Palace and the Patriarchal Cathedral, the tower of the captured Latin Emperor Baldwin after the defeat of the crusading troops by the Bulgarians. Enjoy some free time to walk through the colourful Samovodska Bazaar  (Charshia) – the street of crafts.

Our next stop is Gabrovo – the city of humour and the first secular school in Bulgaria in the 19 century. Gabrovo residents are known for their thrift / they cut the tails of cats so that the heat does not leave the room in winter/. The cat without a tail is a symbol of the city, it is also the iconic figure during the annual Carnival of Humor in Gabrovo in May. We will visit the local renovated Museum of Humor and Satire.

With uplifted spirits, we will visit the first in the country and the world Bread House opened in Gabrovo in 2009. This is the Museum of Bread for Social Change, whose goals and practice will be presented to us by a Bulgarian cultural anthropologist from Princeton University in the United States. To this day, this bakery in Gabrovo is a place where disadvantaged children with a conscious mind can learn a trade and start earning their living.

For dinner and overnight, we will stay in Tryavna.

This day we will enjoy a tour around the picturesque town of Tryavna, where icon painting and woodcarving have ancient traditions here. We will visit the Museum of Icon Painting with the largest collection of icons in Bulgaria and Daskalov’s house we will admire the magnificent wood-carved ceiling in the shape of the sun, made after an actual bet of the master woodcarver with his student.

We will walk in the fresh air through the ancient square of Tryavna with the “Humpback” bridge, the clock tower, the old school and the church “St. Archangel Michael” from 1819.

Then we continue with a visit to an authentic eco-house where we will get to know the traditions and Bulgarian hospitality first hand. We will be welcomed by our hosts with traditional folklore clothes and you will observe a demonstration of crafts, kneading bread, sourdough and curdling fresh cheese. After that, we will enjoy a delicious lunch with traditional Bulgarian dishes prepared from ecologically clean products – own production of the hosts.

After that, we head south to the Shipka pass, which remained in the history of Bulgaria as one of the symbols of the National Liberation movement against the 5-century Ottoman rule. At the top is the Monument of Freedom which can be seen from afar, but we will stop in front of the beautiful Church of the Nativity. It was built at the beginning of the last century and has extremely beautiful architecture and unique acoustics. Here, for more than 50 years (! ) a blind bell ringer has been making sure that the bell ringing announces the surroundings of Shipka. We will meet him and he will tell us about his many years of work.

Here we are in the Valley of Roses and Thracian Kings, in its capital city of Kazanlak. The Bulgarian oil-bearing rose which grows in this region enjoys worldwide popularity. It produces the famous Bulgarian rose oil, which is an integral part of the world’s most prestigious perfume brands. In Kazanlak we will visit a rose distillery, we will get acquainted with the history and technology for the production of rose oil and be able to buy pink-based cosmetics.

The Kazanlak region also preserves an invaluable heritage of the oldest civilization in the Bulgarian lands – the Thracians, which Homer also mentions in his poem “Iliad”. The tombs are part of the Thracian heritage in the region with characteristic rituals, especially at the funeral of people from the elite. On this occasion, we will visit the copy of the Kazanlak Thracian tomb from the 4 century BC (a UNESCO site).

In the late afternoon, we arrive in Plovdiv. Accommodation at the hotel.

After breakfast on our last day of the tour we will head to the Old Town of Plovdiv, also a city of thousands of years, but formed as such in the 4 century BC, in the time of Philip of Macedonia, the father of Alexander the Great.

In 2019, Plovdiv was chosen as the European Capital of Culture. We will see on our walking tour the Fortress wall, Renaissance houses built by rich merchants (one of them we will visit), with the Ancient theatre, now turned into a concert stage. We will descend to the main shopping street with the remains of the Roman stadium, which once accommodated up to 30,000 viewers during the chariot races. We will also take a look at the jewel of the city – the art district Kapana, the centre of Plovdiv bohemia.

And thus, our filled with exciting tour comes to an end and we head out to Sofia to catch a flight back home.

Privately escorted tour prices valid for any date in 2021

* for some languages a supplement may be applied 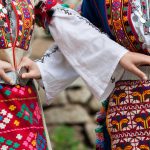 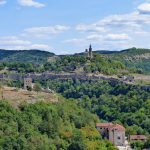 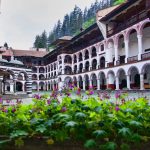 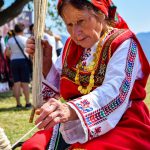 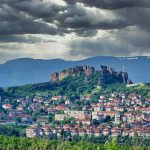 Enquire for this Tour (A story of traditions – history, nature and… bread)