On this amazing tour you will get the chance to do some hiking at Bulgaria’s four major mountains. You will able to see firsthand the amazing diversity and beauty of our nature!

•    Visit the Ruins of ancient Serdica. A city referred to as “My Rome” by emperor Constantine the Great
•    Enter the Boyana Church included in the UNESCO world heritage list
•    Enjoy two of the most scenic waterfall eco-trails in Bulgaria
•    Take a walk along the fortress walls of Tsarevets in the capital of Bulgaria’s second kingdom – Veliko Tarnovo
•    See a demonstration of Bulgaria’s traditional crafts that were the livelihood of our nation in the 19th century at a unique open air museum
•    Explore the picturesque villages and magnificent nature of the Rhodopi mountains
•    Visit of Bulgaria’s biggest spiritual center. The UNESCO listed Rila Monastery

Arrival to Sofia airport. Transfer to the hotel.

After breakfast – panoramic tour around the Bulgarian capital – a 8500 old city called “My Rome” by the emperor Constantine The Great. Visit the most fascinating places of interest: the forum of Ancient Serdica (the old name of the city) with the newest archeological discoveries from Roman time which are exhibited next to the Bulgarian presidency.

Our tour continues with the Alexander I square where the Royal Palace (Tsar’a palace) and the National Theatre are located, “Tzar Osvoboditel” boulevard, the Parliament, the Church of ”St. Sofia” (the name means wisdom), which had given the name of the city, the Sofia University and the “Alexander Nevski” cathedral and its Icon Museum.

Next we will visit the most remarkable object in the outskirts of Sofia, in the foot of Vitosha Mounatin. This is Boyana Church – a medieval Bulgarian Orthodox church situated in the Boyana district, near Sofia. The monument is included in the UNESCO World Heritage List. The church is one of the most completely and perfectly preserved monuments of east European medieval art. The frescoes in the church, painted in 1259, make it one of the most important collections of medieval paintings and initiating the beginning of the European Renaissance.

Lunch at local restaurant and return to the hotel.

After breakfast – departure for north-central Bulgaria. Hiking the eco-trail of Krushuna village where the beautiful Krushuna waterfalls are. Packed lunch in the area.

Next we will visit Lovech town, famous for its covered bridge and the authentic houses from the Revival Period. Sightseeing around the old part of Lovech.
Departure for the picturesque Troyan Monastery – the third biggest monastery in Bulgaria.

Accommodation and overnight at the monastery.

After breakfast – visit the museum of Troyan Monastery and its church which conserves the miraculous icon of the Holy Virgin. We will continue to Oreshak Village, close to the monastery, where is the National Fair of Arts and Crafts. After the visit – hiking to Drashkova polyana with picnic lunch. Visit a guest house in the village whose hosts will offer us homemade treats and an opportunity to produce by ourselves ceramic products – a souvenir from Bulgaria.
Set off to Transfiguration (Preobrazhenski) Monastery close to Arbanassi. Visit the picturesque monastery which frescoes of the Revival Period impress with their bright colors. The monastery is famous for the image ‘’ The Wheel of Life” by the most eminent Bulgarian iconographer.

Next we will continue to Arbanassi village which has ancient, richly decorated churches and magnificent architecture. It used to be a residence of the Bulgarian kings of the Second Bulgarian Kingdom. Visit the church-museum “St. Nativity of Christ” which has impressive frescos.

Accommodation and overnight at a private home in Arbanassi village.

After breakfast we will visit the 7 km distant city Veliko Tarnovo. It was a capital of The Second Bulgarian Kingdom during the Middle Ages. Visit the historical hill Tsarevets with the Fortress, the Patriarchal church and the Emperor Baldwin’s Tower. Visit as well the Church of the same period Holy 40 Martyrs with the ruins of the Great Lavra Monastery. We will walk away the revival Gurko Street, which reveals picturesque views over the meanders of Yantra River.

Lunch at a typical Bulgarian restaurant.

Departure for Bozhentsi village – an architectural and historical reserve. We will visit some of the museum-houses like House Baba Rayna – built during the French Revolution.

Accommodation and overnight at a house in Bozhentsi.

After breakfast – departure for Etara – a unique open air museum, recreating the way of life of the Bulgarians in the 19th c. It is a great attraction for tourists, one of the most visited places in the country.

We will continue our trip to Kazanlak – the capital of the Rose valley and Thracian Kings. The road to Kazanlak passes by Stoletov peak and the Shipka monument. It is a memorial to those who died for the Liberation of Bulgaria during the Battles of Shipka Pass in the Russo-Turkish War of 1877-78. From the monument’s top (over 1100 m above sea level and passing on foot more than 800 steps) you can enjoy a wonderful view to North and South Bulgaria.
Descending from the mountain, we will visit the Rusasian Memorial Church in a picturesque empire style.

Lunch at a local restaurant in Kazanlak. A city tour of the town follows. Visit the Historical Museum, which houses collection of bronze and gold treasures, as well the replica of Thracian Kazanlak Tomb, dating back to the 4th C. B.C. It is listed in the world natural and historical heritage of UNESCO.
Set off to Plovdiv – the oldest city in Europe still existing today. It was called Philippopolis in the IV century B.C. in honor of King Philip II of Macedonia. Today the city is a cultural center of Bulgaria and selected as European Capital of Culture for 2019.

After breakfast – walking tour around the Old Town of Plovdiv with visit the Antique Theatre; Sveta Bogoroditsa Church; the Saint Constantine and Saint Helena Church and one of the houses-museums of the National Revival Period. We will see the Roman Stadium, the Muslim Dzhoumaya Mosque and the main street of the city.

Accommodation and overnight at Bachkovo Monastery.

After breakfast – departure for the Rhodopes – the mountains where the mythical.
Orpheus lived. Hiking the eco-trail in the Canyon of the Waterfalls – one of the most picturesque and rich of rare plants itinerary in the Rhodopes. There is a cascade of waterfalls – the biggest of them is called after Orpheus.

Picnic lunch in the forest.

We will continue to Shiroka Luka – an architectural, ethnographic and folklore reserve. Accommodation and overnight at a family hotel in the village.

Breakfast and early departure in the morning to the region of Trigrad. Our first stop will be in Devin town. Lunch and continue to one of the most famous natural phenomenons in the region – the Trigrad Gorge. Wild River is curving amongst steep rocks, elevated over 100 m high. We will visit the Devil’s Throat Cave amongst the roar of the cave waterfall, dropping from more than 40 meters high.

Next is visiting the Yagodina cave, the longest one in the Rhodopes.

Accommodation and overnight at family hotel in Trigrad.

After breakfast – departure from Trigrad by jeeps to reach Chairski lakes – a group of 7 lakes. Close to them there is a century-old forest. According to the legends close to one of the lakes – the Magician Lake – lived fairies that bewitched the shepherds with their songs and dances.

Hiking and picnic lunch in the area.

Return to Trigrad and overnight.

After breakfast – set off to Dospat Dam where we will have time to rest and enjoy the beautiful scenery.

Our next stop is Dolen village – a beautiful architecture reserve. Picnic lunch and hiking through Dolno Dryanovo eco-trail.

We will continue to Leshten Village – another architectural reserve, where old houses from the beginning of the 19th c. are preserved.

Accommodation and overnight at authentic houses in Leshten.

After breakfast – departure for Pirin Mountain to reach Rozhen Monastery, surrounded by the spectacular sand pyramids of Melnik. Hiking from the monastery through the Menik eco-trail and picnic lunch.

We will arrive to Melnik – the smallest town in Bulgaria (once there lived some 18 000 people, and nowadays there are about 300 inhabitants). This is a unique unforgettable place. Visit of Kordopulova museum-house, which is the biggest house from the time of the Bulgarian national revival, owed by a big local merchant.

Arrival in Sandanski – one of the biggest SPA resorts in the country. The mountain air and the mineral water are also very good for the health – the town is in the outskirts of Pirin – the second highest mountain in Bulgaria. The mountain has about 100 peaks at an altitude more than 2000 m and is an UNESCO-protected site. Sandanski is also the birthplace of the famous in ancient times Spartacus. Accommodation and overnight at 3* SPA hotel.

After breakfast – departure to Bansko – a popular Bulgarian ski resort. A stroll along the town and departure for the nearby located Banderitsa hut. Hiking from the hut to the lakes in Banderitsa Valley and picnic lunch.

After breakfast – take off to Rila Mountain Natural Park. This is the sixth highest mountain in Europe and the highest one at the Balkan Peninsula with its peak Musala (2 925 m). With its nature and beauty Rila National Park is among the largest and most valuable protected areas in Europe. We will visit Rila Monastery, founded in 10th c. It is biggest Bulgarian medieval spiritual centre with rich collection of icons, wall-paintings, old-printed books – some 15 000 volumes. It is in the UNESCO list of world heritage. Visit its museum and the Cave of St. Ivan Rilski in which he lived 7 years.

Return back to Sofia. Accommodation and overnight in a 3* hotel in Sofia.

Breakfast. Transfer to the airport according to the flight details. 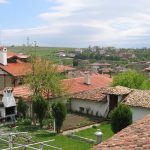 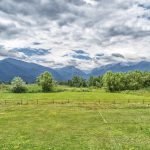 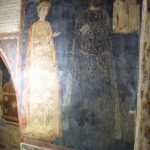 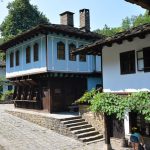 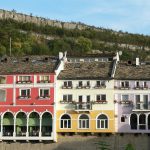 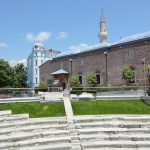 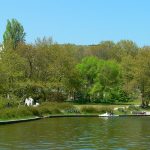 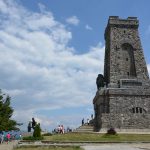 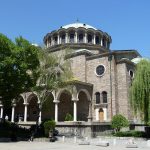 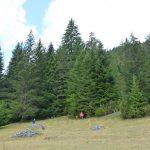 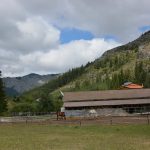 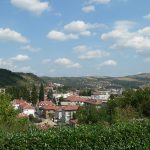