Home » Tours » Adventure Tours » Off the grid – Throughout Bulgaria with Campers

Off the grid – Throughout Bulgaria with Campers

Get in touch with your adventure side – take the road and travel from the comfort of “a house on wheels” while enjoying the different sides of the beauty that Bulgaria has to offer -golden beaches, green mountains, clear water, warm people and traditional meals.

Meet with the guide at the border or airport and after formalities, going to the camping in the outskirts of Sofia. The camp is equipped with all the necessary facilities – individual water and electricity supply, discharge of waste water and chemical toilets, bathroom and WC, WiFi. Welcome dinner in a traditional folklore restaurant in Sofia. Overnight in the camp.

Departure by public transport to Sofia city center for a guided tour of the city with its historical center: St. Nedelya square, the St George Rotonda, the St Sofia Church, the Ivan Vazov National Theater, the St Alexander Nevski Cathedral and St. Nedelya square, the yellow pavement street and the mineral water springs. Free time for lunch in the city center.
In the afternoon we continue our tour with Boiana district, where we will have the opportunity to visit the National Museum of History and the Boiana Church, included in the UNESCO list of world cultural heritage. Inside there are beautiful frescoes dating back to 1259.
Return to the campsite for overnight.

Departure to Rila Monastery, which is the biggest bulgarian monastery and a UNESCO World Heritage Site. The monastery was founded in the 10th century by the hermit Ivan Rilski and has splendid frescoes in its church. It stands at 1150 meters above the sea level in the heart of the Rila mountain massif.
After visiting the monastery we continue our tour to Kresna, a small village along the Struma River gorge. The area allows you to carry out numerous optional outdoor activities such as rafting / kayaking on the Struma River, or bicycle tours. Overnight in a camp around Kresna.

Departure for the town of Melnik, the smallest city in Bulgaria that has about 208 inhabitants. Visit to the Kordopulova House. Built in 1754, it was the largest building during the Bulgarian Renaissance. Wine tasting in the underground cellar of the house.
Next comes visit the Rozhen Monastery, which was built in the 14th century. It have been destroyed and rebuilt, then painted in the seventeenth century. The frescoes and icons, as well as the architectural ensemble of the monastery are of particular artistic value, as well as the wood carved iconostasis, dating back to the early 14th century.
At the end of the day we will get back to Kresna, for our second overnight in the camp.

It is time for a slow pace day.
In the morning we will depart to Bansko – the biggest Bulgarian mountain and ski resort. Visit the imposing Holy Trinity church which was built in 1835 and now is one of the emblematic images of the city. Inside the church there are true masterpieces, made by Veljan Ognev (18th century). We continue with pleasant walk along the streets of Bansko old town. Continue to the Batak lake for free afternoon and overnight in an eco camping with amazing views.

Morning departure to Plovdiv, also known as the “City of the seven hills’’. Plovdiv is the oldest city in Europe still existing today. It was called Philippopolis in the IV century B.C. in honor of King Philip II of Macedonia. Today Plovdiv is a cultural center of Bulgaria and selected as European Capital of Culture for 2019.
Walking tour of the Old Town of Plovdiv impressive with the houses-museums of the Revival period like the Ethnographical museum; the Ancient Theater, the Fortress walls, the oldest church in the city – “St. St. Constantine and Helena”, etc. We will see the Muslim temple Dzhoumaya Mosque and the Roman Stadium on the main street of Plovdiv.
After the sightseeing tour of Plovdiv we will head to Kazanlak – the capital of the Rose Valley.
Accommodation and overnight in a camp next to Kazanlak.

Sightseeing tour of Kazanlak with visit the Rose museum and the replica of Thracian Kazanlak Tomb, dating back to the 4th c. B.C. It is listed in the world natural and historical heritage of UNESCO.
Departure to the South Beach campsite in Sozopol, not far from the city of Burgas. En route we stop for visit the Thracian Tomb near the city of Karanovo.
Accommodation and overnight in South Beach camp.

Departure for Nessebar, an ancient town, located on a small peninsula. With its churches – more than 40, dated from different eras, and some of them considered being the most conserved buildings from the Middle Ages on the Balkans, Nessebar is listed in UNESCO world heritage list. We will enjoy the pleasant atmosphere of the old architecture of the houses, the romantic narrow streets with painters, etc. Possibility for lunch at a local fish tavern overlooking the sea.
Set off to Varna – the sea capital of Bulgaria and the biggest port on the Bulgarian Black sea cost. Panoramic tour around Varna, with visit to the Archeological museum, where the oldest processed gold in the world is exhibited.
In the late afternoon we will reach Golden Sands resort for accommodation in a nice camp located nearby.

Day at leisure on the beach. Possibility for optional excursions by bus:
– Visit Golden Sands Natural Park and Aladja monastery.
– Visit Balchik (the White town) with its palace and the Botanical garden.
– Dinner with folklore at a local restaurant.
Overnight in the camp

Departure for Shumen region to visit the UNESCO listed Madara Rider bas-relief carved in the rock of the Madara plateau in the early Middle Ages.
After the visit, we will continue to Veliko Tarnovo, the first capital of Bulgaria. Visit the Tsarevets fortress: the citadel includes the ruins of over 400 houses, 18 churches and several monasteries. Thracians and Romans exploited the defensive potential of the place but it was the Byzantines who built the first fortress. The structure was rebuilt and fortified by Slavs and Bulgarians and finally again by the Byzantines. Finally, continue to Dryanovo and accommodation at а campsite.

Morning visit to Dryanovo Monastery and Bacho Kiro cave, where recently remains of the oldest Homo sapiens in Europe have been discovered.
Departure to Tryavna, a town famous for its architecture of the Bulgarian National Renaissance period. Visit the house of Daskalov, famous with its beautiful wood carved ceilings.
Continue to Etara – an open air museum representing authentic craft shops form 19th century.
In the late afternoon we will return back to Sofia for our last overnight.

Departure towards the border or the Sofia airport. 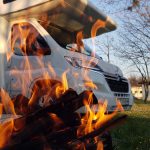 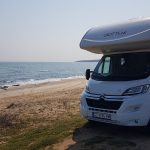 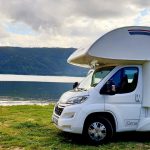 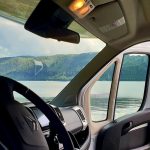 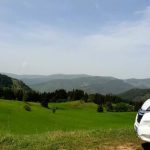 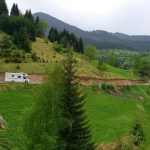 Enquire for this Tour (Off the grid – Throughout Bulgaria with Campers)